Mark September 27th down on your calendars. A very cool video game is coming that dads, I mean kids, are going to want.

For the first time, LEGO characters from a mix of the best brands in the universe join forces and battle in worlds outside of their own. A Dark Knight, a Wizard, and a Master Builder traveling together down the Yellow Brick Road are just the beginning.

Our boys are going to love this game. It seems perfect timing with Harry’s 6th birthday a week before.

By purchasing additional expansion packs, you can grow your collection with a variety of your favorite brands to create even more crazy combinations.

Bring up to 7 characters, vehicles and weapons into the game all at once by dropping them on the LEGO Gateway for the most exciting and action-filled game around.

Let your imagination guide your solo journey or have a friend join the adventure with co-operative, drop-in/out play.
A LEGO Toy Pad and the videogame found in the initial Starter Pack will offer continued compatibility with future Expansion Packs for years to come.

The new LEGO game enters a market that was both established and dominated by Activision’s Skylanders games. To date, the Skylanders franchise has brought in more than $3 billion through the sale of video games and 240 million toys world wide. Last year, Skylanders was the top selling children’s video game and action figure line worldwide. The franchise is currently ranked as the fifteenth top selling of all time.

You can pre-order it here. 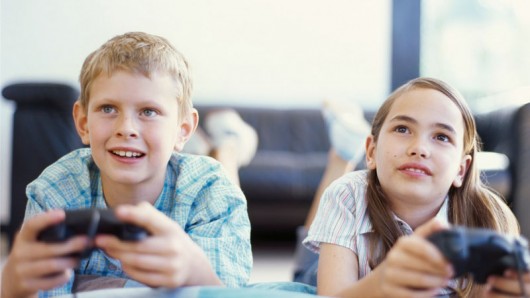 While you may not allow your children to play violent video games, that does not mean they won’t be exposed to them. Here are some tips to help you teach your children about violence in video games and help them to grow in maturity and understanding:

Teach the Children Wisely – Teaching children about digital violence and how it doesn’t relate to the real world isn’t as difficult as some parents may think. Although I believe that certain ages really don’t need to be subjected to some forms of violence, I also believe that parents have a responsibility to discuss the difference between reality and fantasy with children. Even though you may not allow violent video games in the home, it doesn’t mean that his or her friends won’t have those games at their houses.