March! I love it. The weather changes, the days get longer and there is this little basketball tournament that takes over my life. We all know it as March Madness, and I hope it never stops.

I tested my brain the other day and tried to remember as far back as I could on what year I started watching. This is going to really age me, but I got back as far as 1986. Louisville won it all and I was hooked for the next 30 years and counting. Yes, when the tourney fires up this week, it will be my 30th watching on TV.

So many highs and lows. I have seen my team, Michigan, win once and lose a handful of times in dramatic fashion. The players come and go, but the name on the front of the jersey stays true. 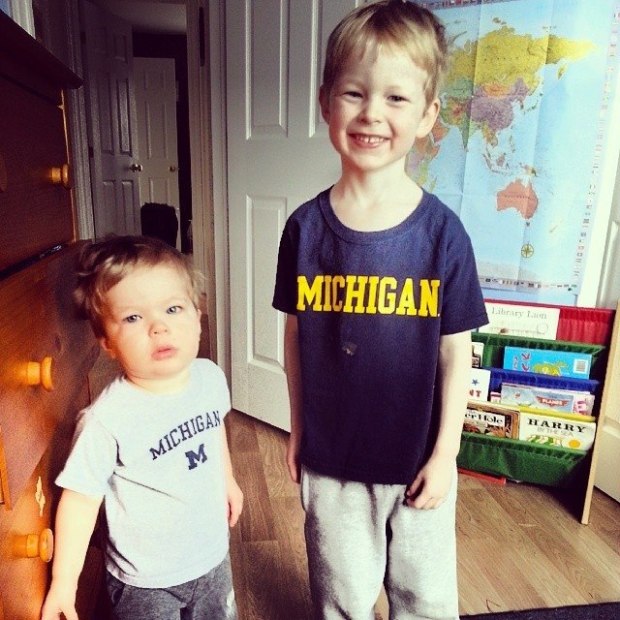 There is no other sporting event like it. Anyone, and I mean anyone, can get wrapped up into buzzer beaters and upsets. You don’t have to know anything about the sport or the players, all you need is a heart.

END_OF_DOCUMENT_TOKEN_TO_BE_REPLACED 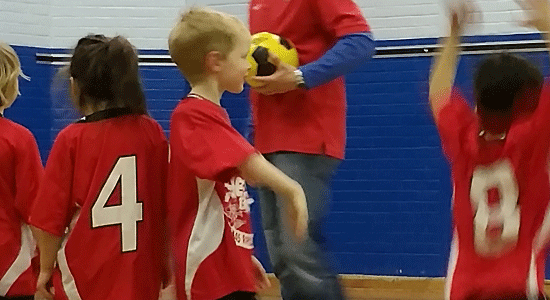 Are your kids playing organized sports? If so, have you ever had the urge to step in and “coach” from the bleachers? I have and it is one of the hardest things to stop doing. But it is what you need to do. The coach will appreciate it, other parents will appreciate it and most importantly, your kid will appreciate it.

As a parent who grew up playing sports, it is hard to watch and not want to chime in. Like many dads in particular, we have created this alternative memory of just how good we were at a sport and want to pass it on to our kids.

I played soccer most of my life. I like to think I was pretty good. I know the rules, the tricks and what should be done on the pitch. What I have never done is coach kids how to do it. They are unlike teenagers or other adults. They need to “get it” on their own and without patience, things can go south.

I have kicked the ball around with Harry for years. He loves it. He is good at it. It only makes sense he will be a natural at any sports he wants to play. But that is not how it goes.

Playing one on one with dad is a whole different world than playing on a team with other kids and a coach. You have to learn to share, work together and be a good teammate. All things I want Harry to learn of course. So we started soccer and I figured all would go how it should.

After the first week, it was clear, Harry had his own idea of playing soccer, and there is nothing wrong with that.

He loves to run. He is a tall 5-year old, so he looks like an antelope sprinting up and down the floor. He is always having fun and smiling. The one thing he did not have much interest in – the ball. He loved to just run and follow the play. Following the heard so to speak. If the ball came at him, he kicked it, but he would never seek it out.

This for me was hard to watch. I would fidget in my seat. I wanted to take him aside and coach him on what to do. I even yelled a few times with words of encouragement. He simply brushed me off and went back to the game he was playing in his head. I think the term I used when describing the night to Katie was space cadet. I had to not let it make me go crazy.

Each time Harry came off to have a drink, I would fall into coach mode and start filling his head with what to do, where to go and things to try. He had none of it. He just drank his water and laughed with his friends over what happened on Digimon.

Then I heard the coach sharing words of encouragement to the boys and girls. Things as simple as “great running”, “awesome job” and “be ready to go again”. That’s when I figured it out. I had to stop coaching and simply be dad. I wanted Harry to be Messi on the first night of his soccer career. It’s not that I am delusional. I just want the best for my boys. I want him to be better than I was. Basically I want him to achieve what I could not. All wrong.

I had to keep my coaching to myself and just be there as dad.

Each time Harry went out, he would dart up and down the floor, playing his own game of tag. If the ball happened to get in the way, he kicked it the right way (most of the time). I would start to say something and I would shut it down. It was hard to filter myself and not be that guy.

I looked around and there were other parents doing the same. Coaching from the sidelines and getting really into it. Their kids also seemed to tune them out. I did not want Harry to do that to me. I needed to stop and keep the thoughts in my head.

The only outlet was to come home and share it all with Katie and she would quickly point out that he is five and as long as he is having fun, who cares. He is not trying out for the National Team, it’s Timbits.

I read so many stories of aggressive parents at sporting events who yell, fight and cause a real scene and I always comment on how stupid it is. But as I sit there watching Harry put a pylon on his head instead of doing drills, I can see how it can happen. I can see how a parent can go from sane and caring to over the top idiot, all in the name of their kid.

Competitive juices flow. You hate to see your kid get scored on. But you let it happen and let the coach be the voice that is heard. I want Harry to understand authority. He listens to teachers and coaches now better than I think he listens to me and I don’t have a problem with that. As long as he has respect and understands who is in charge, I can say we did our job as parents.

This is only the start. It is only going to get harder with each sport and each year that goes by. What happens when someone hurts Harry or Harry hurts them. What happens when Harry gets cut when I firmly believe he shouldn’t. It’s going to be tough.

But it is not about me. It’s about Harry and his enjoyment of a sport or activity. As long as he can say he had fun afterwards, that is all that truly matters. I can save my back seat coaching for when I watch Toronto Raptors games. 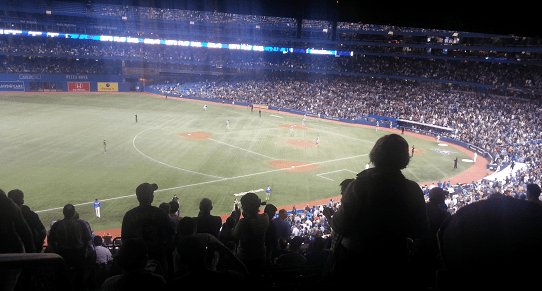 Well, that’s another experience checked off my dad bucket list.

On July 23rd, I took Harrison to his first Major League Baseball game and it was at the Rogers Centre to see the Toronto Blue Jays.

Seemed fitting since Harrison has been wearing a Blue Jays hat almost every day since he was two.

Ever since we moved back to Toronto in May, a baseball game was on the list of things we would do over the summer. Then it worked out that the Boston Red Sox would be in town. That meant a lively crowd and a fun atmosphere to watch a game.

As a sport to sit and watch, baseball might not be as exciting for a four-year old to watch. We have been to hockey and basketball games before and the action is always moving. Baseball has its own pace that can be a little slow at times.

But this was Harrison’s first professional sporting event, so that was much more to see and experience than what was happening on the field.

There was the size of the stadium, the big screen, the ballpark food and just watching all of the other fans.

I am not sure who was more excited to go to be honest.

END_OF_DOCUMENT_TOKEN_TO_BE_REPLACED 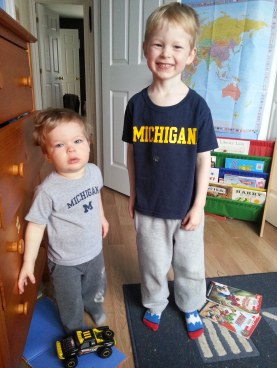 Who is your favorite sports team? Do you have several?

Everyone seems to have at least one on some level.

The one team that gets our attention and brings us great join and even greater pain.

But how did you pick it? Was it recent or have you been a fan since your childhood?

For me, my dad was pretty new to Canada, so he did not have an allegiance yet. He loved English soccer for sure, but there was no connection with North American sport past knowing who the teams were.

So, for me as a boy, the world was wide open to pick the team I was going to love.

Growing up in SW Ontario, you would think I would have sided with a team from Toronto or Detroit. Nope, I was different.

My longest running bond with a pro sports team is with the Philadelphia Flyers of the NHL. I have been a fan of them since I was 10.

Second longest would be my love of Michigan basketball, which started around the same time and makes more geographical sense.

It got me hooked on hoops to the point of playing it for the next several years.

That same University of Michigan team is where I am now seeing the next line of sports fans grow. My boys.