Today as I was putting on a t-shirt, I noticed it still had a patch of blood on the shoulder. It’s a new shirt and with new shirts, I dread washing them, so it made its way back in the drawer until now.

No I do think you have smoothie on your face. #brothers

The blood? It’s from Charlie’s face. Last week he tripped on a stick and did a face plant in the driveway. I did not really want to lift him up and see the damage because I knew it would not be pretty. For those wondering, I did not take a photo of his giant lip. Just imagine a red balloon below his nose.

Luckily, all teeth remained and it was just a nasty fat lip with some bleeding. Tears and blood were shed on my shirt and Charlie was fine 20 minutes later. Kids are tough. I think younger kids are tougher than older kids. They bounce back strong. The crying, it’s just what they read in their how to be a toddler handbook.

It wasn’t pretty, but he fell over while having a blast playing basketball with his brother and uncle.

This is where I want to remind parents, kids are going to cut, scratch, bruise, bend, break and do all kind of silly things to their bodies. As long as each incident remains minor, it gets chalked up to having fun. It’s called being a kid.

I did so many stupid things as a kid. I stuck my foot into the front wheel of my bike once to see what it would do. Well, it flipped my bike over my head and left me on the pavement scuffed up. Lesson learned.

Are you seeing where I am going with this? Kids learn stuff the hard way. Charlie tripped on a stick because his body and brain are not ready to notice danger or simply step over the stick. He was busy laughing and running and fell. He learned the pain of it and I bet next time he will be more likely to naturally avoid the stick. Yes, yes, for all you experts, this is based on nothing more than a parent’s hunch.

Go to any park, pool or open space and you will see young kids surrounded by adults who are 100% focused on thwarting danger. The breeze is too strong, add clothes. The ground is too dirty, let’s get out the Purell. The bathrooms look gross, let’s end the fun and go home. I am not saying this is bad. You are caring for your kids. But you need to let some of the world in. Kids can’t learn without it.

Our parents of the Mad Med era have gotten the raw end of the parenting deal lately because they were too lax on things. They were more worried about socializing with friends, having fun, not sweating the small things and actually interacting with the world. Car seats were installed wrong, smoking around kids was normal and talking to people you did not know was okay. Well for all those “bad” parenting moves, I would say I turned out just fine. I know right from wrong and know what pain will be felt for doing something stupid (sorry, silly, Harry hates when we say stupid).

I believe the term now is “helicopter” parents because they are running around behind their kids trying to predict the future. Some even make that whirring noise, I kid you not. Parents have become the Gary for their kids, for those who watch Veep. 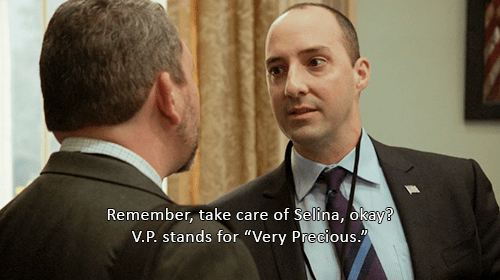 Unleash your kids, let them have fun, let them fall down. They will get back up, dust themselves off and learn from the experience. Don’t be owned by the fear of breaking them. You won’t.

Charlie’s fat lip is almost gone. It did not bother him in the least. Since, he has probably fallen five times and scratched his hand and bruised his leg. I sense a gasp from those around us when it happens. I don’t panic. It was not the end of the world. He fell over. I picked him up, checked if he was okay and moved on. No drama required. You treat it like a big deal, they learn that it’s a big deal and will turn it into a HBO special.

As for the blood patch on my t-shirt. Screw it. I am wearing it and reminding myself that my kids are growing up and when they need me, my shoulder will be there for them to cry, bleed, sleep and take comfort on.

It’s a parental badge of honour and I don’t care if people look at me like an extra from CSI.

What do you think? Are we becoming to over-protective as parents?

It’s Finally Time To Acknowledge the #DadBod In The Room