Do you ever look into the mirror and not like what is looking back at you? I think whether we like to admit it or not, it’s true sometimes. But do you ignore it, or try and figure out what is bothering you? It’s always much deeper than the actual face you see. 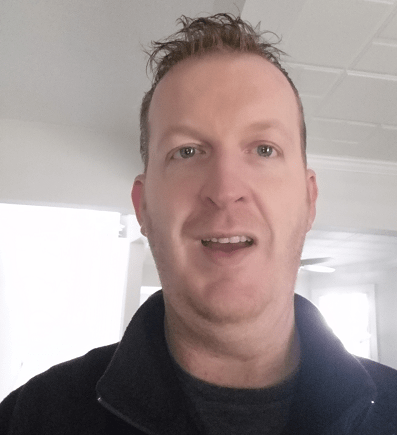 Lately, the metaphorical mirror has been either my phone or tablet and I have been taking stock on how I use each. Why I use each as much as I do and who it is affecting around me.

It was only seven years ago that I did not even have a device of any kind. Yes, I was a very late adopter to the smartphone world and I only got my first BlackBerry because Katie was pregnant.

Now, I seem to have a device in my hand or around me most of the day and God damn I just can’t leave them alone.

END_OF_DOCUMENT_TOKEN_TO_BE_REPLACED

No, not The Weeknd. I am talking about the previous two days known as Saturday and Sunday. But, I certainly did earn it (it being success). With just a small taste of spring in the air, it felt like the days exploded with activity, fun and being tired.

With Katie heading out of town early Sunday for  a work conference, it left me with the TCB title and every now and then I think it’s fun to have it all on your shoulders. You quickly appreciate having a partner to trade off with, figure things out with and simply remain sane with. Young kids naturally seem to work together to try to overthrow the kingdom. Many times they come close to knocking down the gate and storming in, but when you have backup, you can stop them at the last moment.

Being by myself, I worry they will finally break through mostly because I just don’t care anymore. Sure, you can eat spaghetti on the couch out of a cup. That makes perfect sense.

Well this past weekend, the castle is in a good state. The reason. Endless activities and at other people’s houses. It’s really the best way to survive a weekend.

END_OF_DOCUMENT_TOKEN_TO_BE_REPLACED

Another sick day for this hot mess. #fever #sickday #thankyounetflix

So it was without surprise that this morning, even though the fever had lifted, he was not very pleased about heading back to real life. No more home days with dad watching TV, playing cars, colouring on demand and long and cozy naps. Hell, I would be putting up a stink too.

But the truth was, it was time for Charlie to go back to life, back to reality.

Every time he showed a glimpse of being content and happy, it was like the actor in him had to put on a display of sadness and disappointment.

The entire walk to school was silent other than a defiant “NO” to every question I asked him. It’s easy to tell when he is being difficult because normally he would never say no to the question of whether he liked trains. He loves trains.

That love of trains was clear over the two days he was squatting on the couch flip-flopping between Thomas and Chuggington on Netflix.

Let his school take on the grump and snap him back to reality. Let his friends sooth his mood to the point where he remembers that he really likes school. Trust me, he has more fun there than he does with me.

Besides, I needed a break. Here are some of my thoughts and experiences.

No call from his school yet. Maybe he has turned his frown upside down? Maybe he is eating and having a great time? Who knows. All I do know is that he is not at home and life can return to normal……….until the next sick day which could very well be tomorrow.