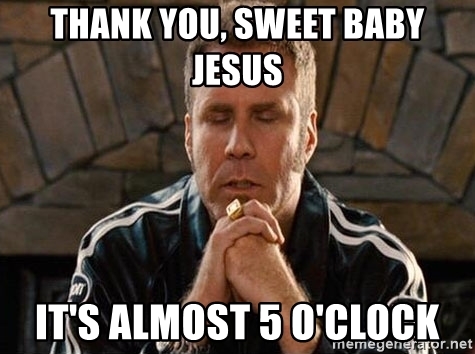 Weird title eh? What does this guy have against 5 O’clock? Is that morning or evening? Fair question.

For most 5 O’clock in the pm is awesome. It’s home time for most. A time of joy and hope for a fun evening ahead. 5 O’clock for many is just the best.

In our house, this time of day is also pretty sweet. In the week, we are pretty much home and, on the weekend, it’s when my wife and I actually get to sit in a room in peace and no children.

Where the kids at?

Well, 5 O’clock has become like Christmas that comes around every 24 hours. As our youngest would gleefully say – It’s video game time!

Yes, for many years we have all gotten into the habit of being ruled by video games or in most cases, the iPads. Oh, those wonderful devices that do so many good things, but also take over our children’s brains like nothing else.

The entire day has pretty much become a countdown clock to 5pm. Decisions are made 100% based on if it will fit into the time that comes before 5pm. Want to play outside? What time is it?
What to go to a friend’s house? Hmmam 5pm is in several hours, not sure if there is time.

And if anything messes with the greatest hour of the day, there is anger, chaos, sadness, frustration and more anger. We are talking more important than food and shelter.
Yep, we have created a mess in our household and it’s time we blow it up. As parents, are we just making it harder than it needs to be?

It’s time to add a little variety back in the day. Make 5 O’clock not just be about Roblox or Minecraft.

Other things can happen at the part of day that happens before dinner. Especially for our youngest who is six. This is his life. The best part of the day, week, month and year. I won’t go as far as saying addict, but the thought of doing a detox scares us. Trainspotting for tech? Well it won’t be a baby crawling on the ceiling, it will be our kids.

Now how do we blow it up and change the narrative of our day? Hell, if I know. I just know it will take a lot of energy and patience that I don’t tend to have after work or when we just want to sit and listen to music or take joy in cooking food.

Instead my wife and I get frustrated and just give in to make them go away. Kids for the win. But for the most part it felt like a fair trade off. We get what we want, they get what they want. Nothing bad can happen with that formula, right?

Well it has. Our boys are stuck in a world of not knowing what to do with time other than filling it with video games. 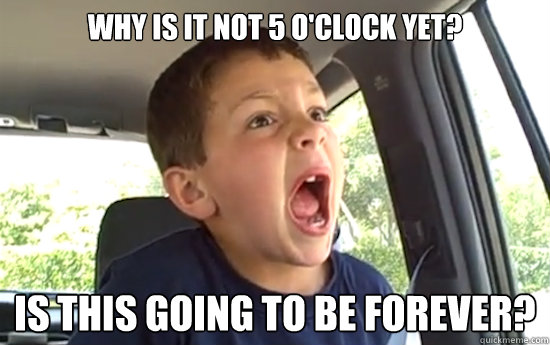 We know other parents that have a similar issue and their solution is to jam pack the day with schedule activities. Sure, that works. But man, that is tiring for the parents. I don’t know about you, but I don’t have a lot of brain power to also be a Contiki tour operator for kids.

Then we just end up repeating:

When I remember back to being a kid, I remember loving “free time” and just doing whatever. Now I know it was a different time. There was no option for screens or addicting technology, but I like to think for each generation it’s all relative. It’s still about firing up the imagination or to be honest, just be bored.

Being bored is okay. We now seem to think it’s like running from evil. Idle hands can get you into trouble, but they can also spark new ideas. I do some of my best thinking when I am doing nothing. Your mind needs it. For me, doing nothing is the same as people going to do yoga. It reboots me.

So how do you convey this idea to a kid? Well it used to be just ignore them and hope for the best. That’s no fun. I like being involved and around my kids. But we can’t produce everything like a scripted TV show.

If you want a baby bird to successfully fly out of the nest, they need to figure it out themselves. Or it will be crash city.

There is only so much hand holding you can do.

So back to blowing up 5 O’clock.

What should we do? I know rationally there are a few easy things to implement. Maybe make a few days of the week void from screens. Let 5pm become a time for other activities. The nicer weather will help. Let’s do a quick bike ride before dinner etc. I know that’s not totally them doing something on their own but it’s a start.

Week days are more about after dinner if the weather is crappy. For the most part if it is decent outside, the boys will be out and about.

Before dinner, it’s actually just easier to let them veg after a long day playing Roblox while we do dinner. But that’s the catch. It’s easier, but in the long run it establishes the expectation. I have a friend who has successfully removed screens from the week and they only get them on the weekend. Well done. 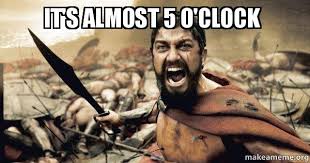 When the boys were younger, we referred to it as transition time. Going from one activity to another. Because once they actually get into something, they can really be into it.

You know, when it gets really quiet and it’s like man this is the best. Then you here some order of yelling and crying.

But as they are getting older, they seem to be living in this Bermuda Triangle place between things. Just hovering around, looking at the clock and getting on our nerves. Maybe we are just that cool that they never want to leave our site? I doubt it.

That’s where we are at. What to do before this trance gets worse. We have done iPad breaks before to great success. Maybe we need some more. Maybe we don’t look at our phones while they are around. I am game.

I just want to get away from the living room clock dictating our day. I want them to forget that it’s 5 O’clock one of these times instead of running for the iPad and vanishing.

Do I think it can happen?

What do you think Kevin Garnett?

Anything Is Possible GIF from Anythingispossible GIFs

The world seems to be in the shitter thanks to Trump and his mighty executive pen. The news sucks, social media is depressing, it’s cold outside and the Raptors are a dumpster fire. So what has me laughing?

I actually make a point of checking once a day as it seems they are updating it once a day. Makes me feel better. 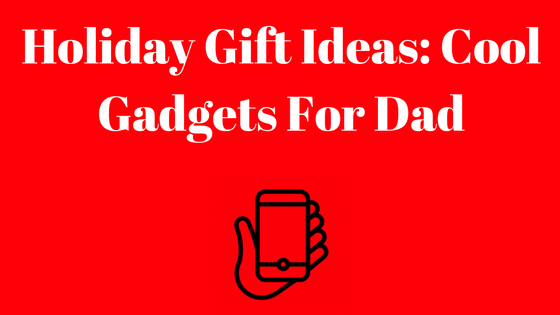 For those of you who have started Christmas shopping already, good for you. I have not even thought of it. I mean there is still Halloween candy everywhere.

But for those eager folks who like to lock it down before December, I wanted to share two items that I have been testing out.

They are from TP-Link and are perfect for the Dad who likes gadgets that mix well with his Smartphone.

END_OF_DOCUMENT_TOKEN_TO_BE_REPLACED

This is a sponsored post written by me on behalf of Cobra for IZEA. All opinions are 100% mine. 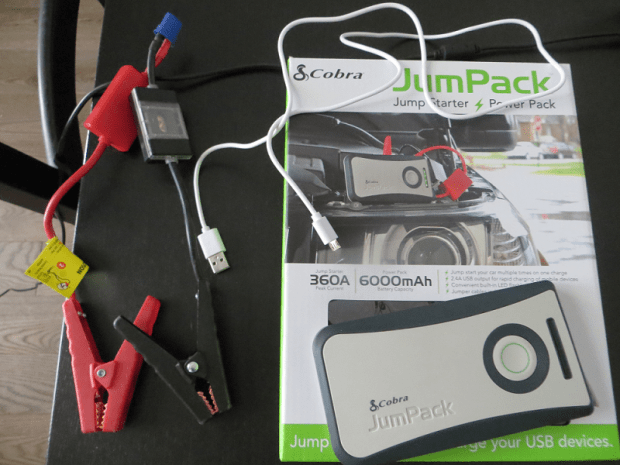 I have a confession to make. I am not a car guy. I have never been that interested in cars other than driving them from point A to point B. There I said it.

I have never changed a tire or tricked out my ride in any way. When something breaks, I call someone to fix it. I did change a few light bulbs before, but that’s it.

That is why when I am driving, or my wife is out with the car, I always have a the tiniest worry of something going wrong and being stuck somewhere.

Stuck without a phone, without power or without the tools needed to get the car going again. I am the guy who chooses not to have jumper cables in the car because then one day it would be proven I don’t know to use them.

But in the age of modern technology it seems silly to have such worry.