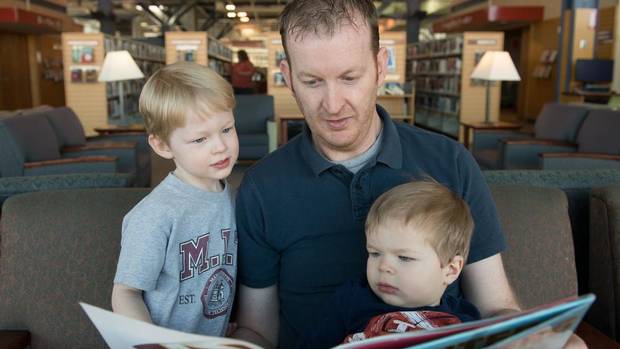 Photo is not with article, I just like it. Taken by Scott Munn.

This is an article I was featured in recently in Parents Canada Magazine for Father’s Day.

A few decades ago, most talk of fathers’ roles had a straight-up Don Draper-style emphasis on breadwinning. Toronto dad Michael Cusden remembers his dad “just kind of came home from work, had dinner and read the paper and then we went to bed. That’s what dad was to us.” A much more hands-on father, Michael is a digital marketing professional and creator of a blog called Like A Dad. He says the upside with today’s model is, “I know my kids way better. I know what they like. I know their personalities. I know how their day was.” While Michael admits that balancing it all can be stressful, he says, “My dad says he kind of wished he lived in a generation where he got to do it.”

We thought it was time to ask dads what is life like for them today. What are their new struggles, joys and expectations? Here’s what we learned.

Today, leagues of engaged modern dads like Michael are slowly refashioning what fatherhood looks like. For example, 2011 Statistics Canada figures found that 30 percent of eligible fathers filed for parental leave benefits in 2010 – a nine-fold increase over the previous six years. StatsCan also reported in 2011 that the number of stay-at-home dads had tripled over 30 years; and that the number of families headed by single dads is rising.

END_OF_DOCUMENT_TOKEN_TO_BE_REPLACED

New Swiffer Cleaning Index Shows Roles in the Home Have Evolved! Dads Today Pitch in Two
Times More Than Their Dads Did 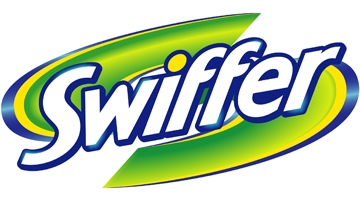 CINCINNATI (April 14, 2015) – Surprisingly, stereotypes still exist about dads’ role in common household chores. That’s why Swiffer® has partnered with one of America’s favorite dads, Anthony Anderson from the television show “black-ish,” to help shed light on the perception that dads don’t handle the “dirty work” in their homes. With Anderson assisting production as the project’s creative advisor, Swiffer® today unveils its #SwifferDad docu-style video showcasing a modern perspective on the evolving roles in the home, from the perspective of real dads and their kids.

“As a working dad and husband myself – and one who cleans floors and drives the carpool – this is a story I can relate to and am excited to help tell,” said Anderson. “We cook! We clean! We do house work! What I love about the #SwifferDad campaign is that it’s about celebrating the hands-on role that most of us play – it portrays who we really are as modern dads. And the best part is that this shift to shared responsibility for chores is having a positive effect on our kids.”

Dads today are active partners, sharing cleaning and childcare responsibilities; in fact, according to the Swiffer Cleaning Index:

Americans say that dads today are pitching in with chores nearly two-times more than their dads did growing up. Roles have really evolved.

Half of dads say they do the majority of the cleaning in their home. The division of chores makes it all about teamwork in the home today.

98 percent of dads agree that having a clean home makes them happy.

These research findings are particularly compelling given recent national headlines on the topic of dads doing housework and the positive effect it has on their children – it means raising more productive daughters and heavily influencing their child’s perspective on gender equality.

“With this docu-video, we’re acknowledging the democratization of cleaning and the many dads who take a hands-on role in the home, alongside their partner,” said Kevin Wenzel, Associate Brand Director at Procter & Gamble. “We know that dads do clean! It’s great to work with Anthony to help celebrate dads and the extra moments they can enjoy with their family because cleanup is covered quickly and effectively with products like our Swiffer WetJet, a true dad favorite in the cleaning arsenal.”

To help tell the story, Swiffer and Anderson interviewed four well-known dad social influencers (and their kids) who have made a name for themselves by standing tall and proud for the changing role of dads today, including: Beau Coffron (Lunchbox Dad), Patrick Carrie (Getting Rad with Dad), Mike Johnson (Playground Dad), and Doyin Richards (Daddy Doin’ Work).

To help spread the word about the campaign, Anderson and the four #SwifferDad ambassadors are encouraging people to watch and share the #SwifferDad video, available today on Swiffer’s YouTube channel along with video of Anthony behind-the-scenes on set. In addition, people can follow @Swiffer for a chance to win a coveted Big Green Box featuring Anthony’s favorite floor cleaning tool, the Swiffer WetJet.

The Swiffer WetJet helps retire the old-fashioned mop and bucket in favor of a quick, effective tool that traps and locks dirt and grime, instead of pushing it around. The Swiffer WetJet is available for $21.99 at retailers nationwide. 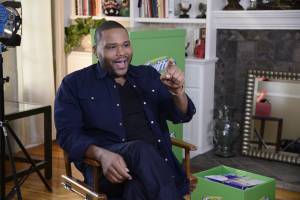 ABOUT SWIFFER®
In 1999, Swiffer made its debut and soon established itself as both a pioneer in the cleaning systems category and a pop culture icon. Swiffer products have starred on “Saturday Night Live,” have been featured in Hollywood blockbusters and have graced the cover of Rolling Stone. With the support of Swiffer fans around the world, Swiffer has built a family of distinctive products built smarter than traditional cleaning tools. Today, Swiffer® Sweeper, Swiffer® Sweeper Heavy Duty, Swiffer® SweeperVac®, Swiffer® WetJet®, Swiffer® Dusters®, Swiffer® 360° Dusters, Swiffer® Dusters Extender, Swiffer® Dust and Shine and Swiffer ®Steamboost® are used in more than 50 million households worldwide and continue to revolutionize the way people clean.

There are so many awesome parenting blogs out there, who has time to read them all. This is especially true when you are supposed to be watching the kids (right?). Well to help you out and share the love of the parent community, I want to share some links that I really enjoyed. I won’t promise daily, but when I do post, I will feature at least 10 articles worth a read.

The Daddy Files – The Pros and Cons of Complimenting Parents in Public
The Dadcade – What Video Games Can Teach You About Your Family
Scary Mommy – What a Mom to Boys Really Wants to Hear
National At Home Dad Network – Why I Will Always Fight Against Mr. Mom
Solo Mom Takes Flight – 27 Awesome Things to do in Toronto During March Break
ModernMom – I’m Bribing My Kids To Eat Better
Crazy Adventures in Parenting – Bacon Mac and Cheese Grilled Cheese recipe
MommyQ – Top 5 Things I am Obsessed With
The Guardian – Diaper-Changing Dads Need a Place to Deal With Poo
Huffington Post – Men Are Doing More Work at Home, But Women Still Say They Have it Harder

Let’s close on a song that is trapped in my head. Calling Jason Bourne to save me from this hell.