I have seen these done for moms quite often. Thanks to Dove Men Care for doing one for dads. No matter how many times my boys call on me, I love hearing dad, daddy, daddoo or whatever it is.

Three quarters of dads say they are responsible for their child’s emotional well-being, while only 20% of dads see this role reflected in media. It’s time to acknowledge the caring moments of fatherhood that often go overlooked.

END_OF_DOCUMENT_TOKEN_TO_BE_REPLACED 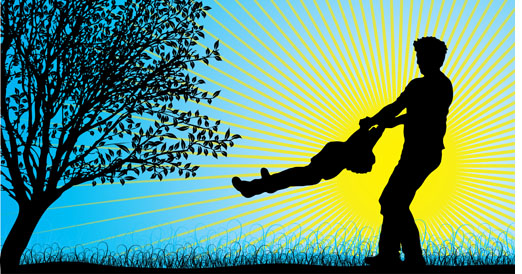 There is nothing quite like the love of a dad. Mom’s love is so comforting and nurturing and lets us know we are loved unconditionally. The two loves are hard to compare and are equal in their importance. So many times today we see children left with only one parent and generally it is the mom. The importance of dads and the benefit of having them in children’s lives cannot be replaced by any other love.

In no way am I trying to discount the position or importance of a mother in a child’s life. Mom cannot be replaced any more than dad. So many mothers today are trying to take over the role of mom and dad because of absentee fathers and that is an impossible thing. Women are just not able to be men no matter how hard they try. Dads give us a sense of security and of strength and safety that is so much needed in the world today.

END_OF_DOCUMENT_TOKEN_TO_BE_REPLACED

Small Time hits the big screen In April and here is a funny promo video featuring two of the stars, Christopher Meloni and Dean Norris. This one has some language, so if the kids are around, ear muffs.

END_OF_DOCUMENT_TOKEN_TO_BE_REPLACED

While on vacation, I wanted to share other writings that are about dads. This article I found interesting as you tend to think of single parents as just the moms.

Is it a good or bad sign that the number is single dads is exploding? Would love to hear what you have to say.

But single dads haven’t just increased in absolute numbers. They’ve also increased as a percentage of all single parents. Back in 1960, single dads made up only 14 percent of single-parent headed households. Today that number has climbed to 24 percent–almost a quarter. Men’s rights advocates would have you believe that feminism has systematically prevented men from gaining custody of children. Yet, according to this data at least, it seems like the (limited, but real) feminist gains of the last 50 years have actually coincided with greater parity. It’s hard to say whether this is correlation or causation, but either way, it looks like folks who want more men getting custody should be rooting for more feminism, not less.